How to Spend a Perfect Day in Florence, Italy

If you only have one day to spend in Florence, Italy, first of all… I’m sorry. There are so many things to do, see and eat (seriously you could probably spend the whole day eating) in this incredible city, you could live here for years and still not scratch the surface!

But this guide will help you hit all the major sites, best restaurants and even squeeze in a gelato or two in the wee little time you have.
Here are my recommendations for a perfect day in Florence! Download the Mobile Guide HERE

Start your morning with a nutella filled cornetto (croissant) and drinking chocolate.
Italians don’t really serve a traditional American breakfast; they drink a cafe latte and a pastry, but don’t worry your day is going to be filled with so much more food!!

Head to the Academia Gallery first to see Michelangelo’s The David because it’s the furthest attraction and the line can get pretty long.

Then make a bee line for The Duomo (Florence Cathedral) heading southwest on Via Ricasoli. You can enter the church for free or buy a combo ticket that gives you entrance to:

This combo is well worth it.

Don’t have time to climb the dome? Check out the rooftop of La Terrazza for an equally beautiful view of the cathedral and Plazza della Repubblica.

Now take Via del Proconsolo heading south to grab an ultra stuffed panini for lunch at All’Antico Vinaio behind the Uffizi and then check out some of the most famous pieces of art in this one of a kind museum.

Go east down Via de Neri (the same road where you got your panini but heading away from the Uffizi) and hang a left at Via Giuseppe Verdi to arrive at the Santa Croce church: burial site of Michelangelo.

Now go back the way you came and turn right down Via De Neri and grab some of the most amazing gelato at Gelateria Dei Neri. The Dark Chocolate is the best!

Now it’s time to cross the famous Arno river. From Gelateria Dei Neri, turn right out of the shop at right and Via dei Benci until you hit the river. Head north along the water up to the Ponte Vecchio and peep into the cute pop up shops along the bridge.

Go straight off the bridge and don’t turn right until Sdrucciolo de’ Pitti.
Pop into Gusta Pizza to get a heart shaped Pizza to-go, grab a bottle of vino (wine heehee) and head to the Piazza del Michelangelo. Watch the sun go down and enjoy your Italian feast, picnic style as you soak in the magic of Florence.

If you’re a super speedy tazmanian devel, here are some other amazing places to check out in Florence (in order of importance in my opinion)

Palazzo Vecchio (home of the Medici family who owned Florence in the 15th century. The tours of this magnificent building will give you so much context and history that will help you appreciate the city.

The Bargello (two other Davids are here)

Museo Galileo (If you’re into Galileo, his right finger is in a jar here..)

Gelato (can I get a witness?):

For my complete walking guide to Florence, check out this article here! Florence on Foot: A Walking Guide to Florence, Italy
Download the Mobile Guide HERE
Thanks so much for stopping by! Don’t forget to join the #DoStuff team on the homepage to receive exclusive travel tips, guides, healthy recipes and encouragement!
Happy traveling!
xx Nicole #DoStuff 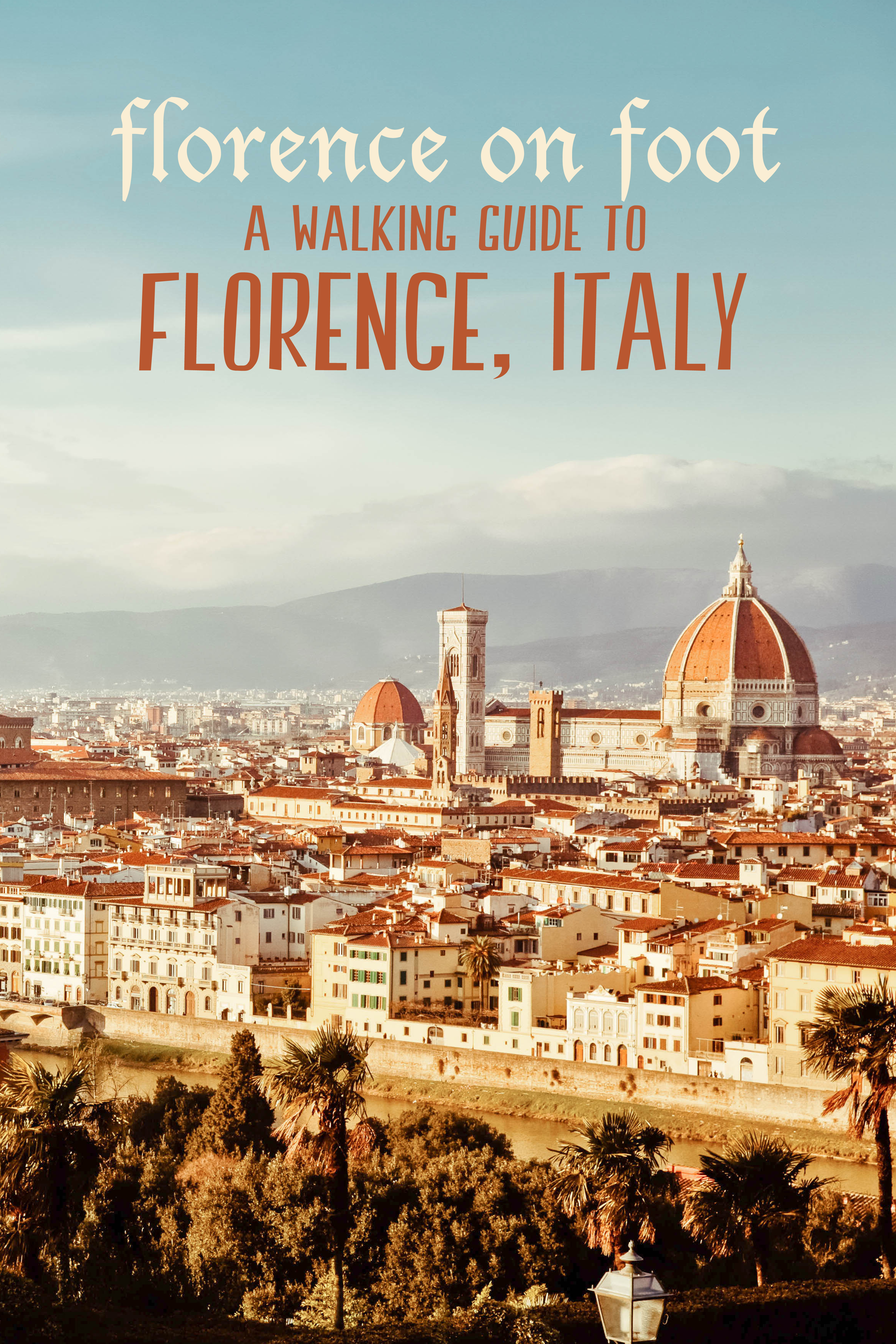 Florence on Foot: A Walking Guide to Florence, Italy

Florence on Foot: A Walking Guide to Florence, Italy