So let me tell you about how Jake and I met, because I think you’ll appreciate this story.

Last year when I was in Antelope Canyon, I was scrolling through Instagram’s geolocation “Antelope Canyon” and came across a picture I thought looked cool so I clicked on it, and the caption was really funny so I clicked on the profile (psssst. it was Jake’s) and found myself laughing hysterically at all of his posts.

So I followed him, and he followed me and we became friends. The End. hahahaha just kidding.. but kinda. As we got to know each other, we found out that we have a TON of mutual friends and know all of the same people. ANYWAY.

I’m introducing him to you today because Jake is the definition of #DoStuff. He used to be on a wildly popular YouTube channel with his friend Josh where they traveled the country filming trick shot videos, and other funny stunts. They used to break a world record every Wednesday!! If you need a good laugh, watch a few of his things on YouTube.

His most recent adventure involves him and his buddies buying a limo in Maine and traveling to all the lower 48 states, making videos and doing kind things for people. The goal is that by the end of the trip (which is in LA) they will have been invited to go on Ellen. It’s SO. STINKING. COOL. Check it out here.

Aside from being a talented comedian who always makes me laugh,  Jake is a thoughtful, caring guy who has a heart for people and the Lord. I’m so excited for you to meet him today!! LAAADIESS AND GENTLEEEMEEENNN….. JAKE TRIPLETT!!!

Tell us a little bit about yourself!

Hello people who read Nicole’s blog! My name is Jake Triplett, I eat an insane amount of fast food, and unfortunately I look like I’m 16 years old (or so I’m told by the women who cut my hair). Career wise, I’ve taken the classic route of growing up on a farm in a one stoplight town now turned full time YouTuber. I’m based out of Dallas, TX, I go to Watermark Church, and some of my favorite memories in the world have been working at a Christian athletic camp called Kanakuk.

How did you get into making videos?

Very strangely… I was Black Friday “shopping” with my sister three years ago when I bought my first camera. I put shopping in quotation marks because we have a yearly tradition of not actually spending any money but just getting a good kick out of watching soccer moms fight over material things. So I had no intention of buying anything, but in typical Target fashion, I decided that I needed something once I was inside of the store. There was a camera bundle and since it was Black Friday, I figured it was probably a good deal so I impulsively bought it and convinced myself that I would use it to take artsier pictures (lol).

A day later, I had my oh crap moment and regretted spending that much money for a device I had no idea how to use. But because I’m too stubborn to return something and am too poor to not use it, I told myself I was going to make a video every single day that December. I ended up falling in love with the process and spent the next 2 and a half years making videos for fun within the youth ministry that I worked for. And then around a year ago this time, I was approached about an opportunity making youtube videos with a guy in Dallas and because I’m young and single, I said why not!

Take us through a day in the life of Jake. We want all the details!

Oh gosh! Every day is so different. I honestly don’t even know what the norm is so I’ll just tell you what today looked like. This morning I woke up in Dallas, TX at 4:00am, was in an Uber by 4:30 and caught a flight at 6:00. I connected in Saint Louis, had about an hour layover there that I chose to utilize to do some video editing, then landed in Cleveland, Ohio by 10:00am. Once on the ground, I met up with the world’s best card thrower and filmed with him nonstop until 5:00pm! It was a ton of fun and I can now say that I am slightly better at throwing playing cards than the average person. Rick couldn’t quite teach me how to throw a card 92mph like he can but I still picked up some tips! Rick is also a performing magician and after we wrapped filming, I traveled with him to a corporate event that he was performing at. His show went well, we grabbed some dinner afterwards, and then I was asleep in the hotel by around midnight.

So you’re a YouTube STAR. Any advice for someone looking to grow their channel?

Ok first off I am DEFINITELY not a star by any means! But I suppose I can still give some advice. Here are three very simple tips that I can guarantee will help your channel no matter the content that you’re making:

You break a world record every Wednesday. (Come on people, how cool is this?!) What was your favorite record to break and what record do you want to break next?

Hmmm… that’s a good question. I think my favorite one is probably the most marshmallows caught in your mouth in a minute. We were asked to try and break this record live on The Today Show and failed miserably in our one and only try. And even though that was pretty discouraging, we went home determined to eventually break it and did! So that one has fond memories – both good and bad.

The next record that I’ve got my eye on is highest basketball hoop to make a basket in. The record is 50 feet held by a Harlem Globetrotter and even though I’ve never attempted this record, I have a lot of faith in my backwards granny shot haha.

If you could tell your younger self one thing, what would it be?

What’s on the horizon for you this year?

Oh goodness I have no idea! haha I mean I guess right now the plan is to keep plugging away at YouTube. And as the brand continues to grow and the channel gets larger, hopefully really cool opportunities will come from that. For instance a few months ago I was asked to participate in a reality TV show and that was so much stinking fun! I definitely wouldn’t complain if more opportunities like that came my way. I’d also like to have a reason to go somewhere in the Eastern hemisphere. Not too picky, just never been and it seems like fun.

What (or who) inspires you to #DoStuff?

This has actually been the toughest question to answer because I’m realizing I have no idea what inspires me haha. I think my answer is that just the industry that I’m in inspires me quite a bit. Being in the social media/content creation space, you’re constantly looking closely into the content that other people are making and seeing other people working hard to achieve their goals. And it truly feels like this day and age, it’s never been easier to create the job that you want. So I suppose I’m inspired by the idea of my talent, work ethic, and creativity leading me to a career and ultimately a life where I’m completely content.

Last week I tasted Blue Bell’s ‘Cookie 2 Step’ and that rocked my world so I’d have to go with that. 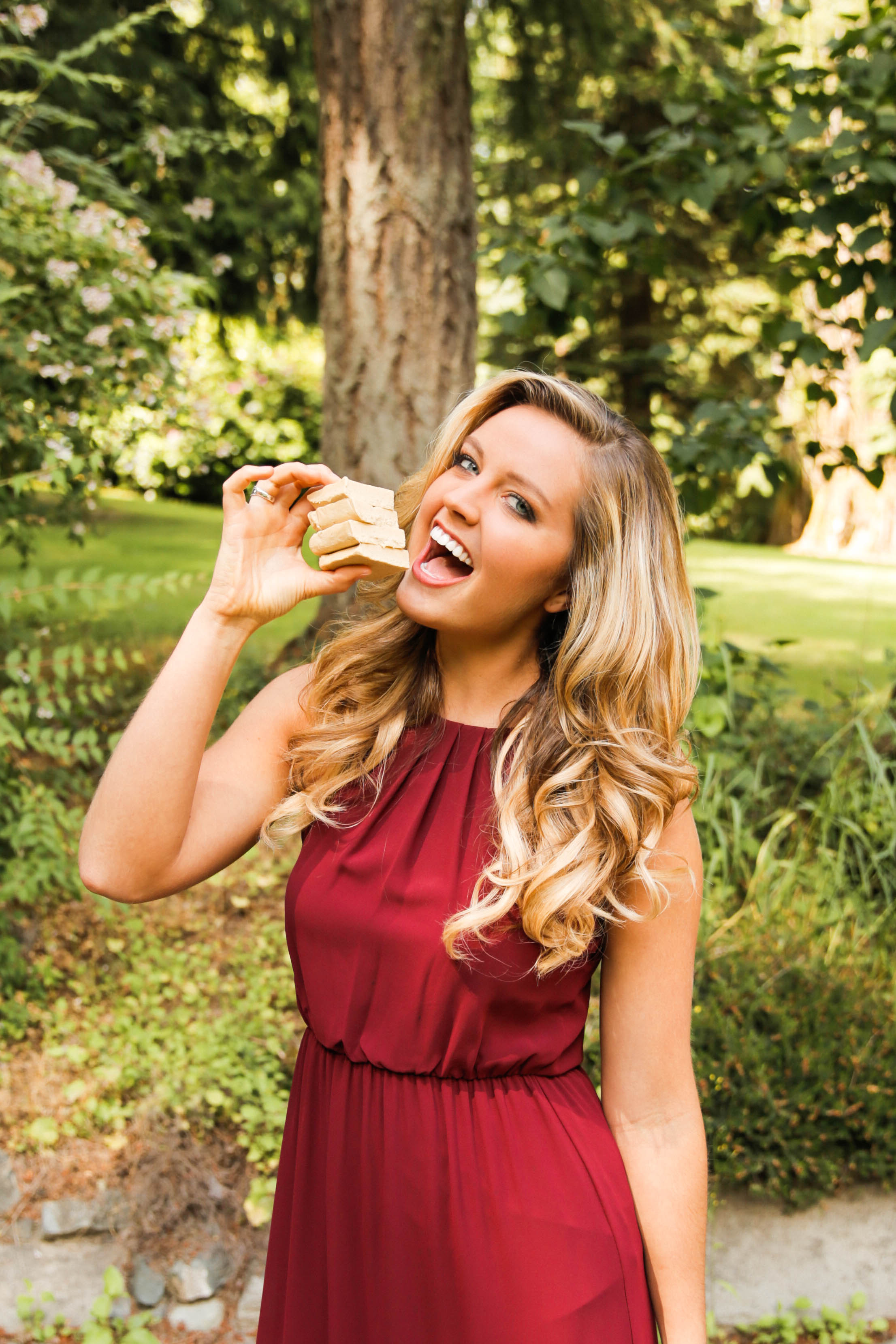